The best thing about acting is that anyone can attempt it. To become a professional actor, some people need time and training, while others are more naturally talented. Celebrities like Björk, Eminem, and Oprah Winfrey were only well-known in their respective industries; they didn’t start acting unless they had confidence in their abilities or were given the chance.

And while many non-actors have demonstrated their bravery and innate skill for acting, not all of them go on to become groundbreaking actors who receive Academy Awards. These films are fantastic showcases for these unusual stars, whether they were trying to act out or proving their mettle as serious actors.

Prior to hosting his talk show, Jimmy Fallon participated in the romantic comedy-drama Fever Pitch, which centers on Ben Wrightman, a teacher and ardent Boston Red Sox supporter (Fallon). Ben meets Lindsay Meeks (Drew Barrymore), a successful business executive, while on a school vacation, and they start dating right away. When Lindsey receives a promotion at work, tension between Ben and Lindsey builds, and Ben’s extreme allegiance to the Red Sox causes issues.

Björk makes her second acting appearance in a major film as Selma Je3ková, a Czech immigrant who has immigrated to America with her 12-year-old son, Gene Je3ek (Vladica Kostic). Selma works at a factory with her close friend Kathy (Catherine Deneuve), or Cvalda as she prefers to call her, and they both live in squalor. Her love of music and Hollywood musicals, in which she frequently daydreams about playing the lead, is her salvation in life.

However, her degenerative eye condition, which causes her to lose her vision, makes her financial problems even worse.

Eminem makes his acting debut in the semi-autobiographical film 8 Mile as Jimmy “B-Rabbit” Smith Jr., a blue-collar worker from Warren, Michigan, who longs to be a rapper but instead lives in a trailer park with his dysfunctional family. Wink (Eugene Byrd), a radio DJ with connections to a record label promoter, is a buddy of Jimmy’s. But when Jimmy learns that Wink is promoting Jimmy’s competitors, a rap group known as the “Leaders of the Free World,” their friendship becomes tense.

There is no need to introduce A Star Is Born. Ally Maine, a struggling singer-songwriter who is about to give up on her ambition of becoming a renowned singer, is portrayed by Lady Gaga in the lead role of the fourth remake of the movie, which also acts as Bradley Cooper’s directorial debut. When she meets the country rock singer Jack Maine, her life is changed (Bradley Cooper).

They fall in love, but their personal connection changes as Ally’s work flourishes. Cooper’s ability to recount the event with a new perspective and his and Gaga’s on-screen connection are responsible for the movie’s popularity.

A teenage Lindsay Lohan plays Casey Stuart in the fantasy comedic television movie Life-Size, and Tyra Banks plays Eve. Seventh-grader Casey recently experienced the death of her mother. Casey later discovers “The Book of Awakenings,” a book that teaches her how to bring the dead back to life, at a bookstore, giving her hope that she would be able to bring her mother back to life. But instead of raising her mother from the dead, Casey unintentionally revives her doll, Eve. Since Eve is a doll and has no concept of what real life is like, Casey and her father Ben (Jere Stuart) had to teach Eve how to go about her daily business.

A Hard Day’s Night, the first feature film starring The Beatles, depicts a day in the lives of a rock group. This is a semi-documentary film depicting a day in the life of the band, complete with fan screams chasing them about as they record music, perform, board a helicopter, and hold press conferences. In spite of being the most well-known rock band in the world, A Hard Day’s Night most prominently displayed their free-spirited personalities.

A Hard Day’s Night was the subject of a review by Roger Ebert in 1996. He said of the film’s legacy: “After more than three decades, it has not aged or become out of date; it remains outside of its period.”

The terrible story of Claireece “Precious” Jones (Gabourey Sidibe), a 16-year-old who is overweight and illiterate and who is currently carrying her second child, is told in Precious. She was raped by her biological father, who is no longer in her life, giving birth to both Mongo, her first kid with Down syndrome, and her second child, who also has the condition. Precious’ high school principal persuaded her to enroll in an alternative school after learning about her predicament.

Additionally, Precious begins working with social worker Ms. Weiss (Mariah Carey) and opens up to her about the trauma she had experienced from both of her parents when she was a young child. Ms. Weiss releases Precious from her violent mother after knowing this.

The Color Purple by Oprah Winfrey (1985)

The Color Purple is the tale of African-American women who lived in rural Georgia in the 20th century. Female victims of abuse Celie Harris (Whoopi Goldberg), Nettie Harris (Akosua Busia), and Sofia (Oprah Winfrey) all make the decision to forgo letting their hardships in life prevent them from achieving their goals.

For her performance as Sofia, Winfrey was nominated for an Oscar and a Golden Globe in the category of “Best Supporting Actress.”

Arthur Dent (Martin Freeman) learns in the morning that his home will be destroyed to make way for a bypass. To cheer him up, Arthur’s friend Ford Prefect (Mos Def) takes him to a bar for a few drinks. Ford later acknowledges that he is a journalist who is also an extraterrestrial from Betelgeuse who is working on the Hitchhiker’s Guide to the Galaxy book. Ford also informs Arthur that Earth will soon be destroyed to make room for a hyperspace bypass, just like his own world.

On the spacecraft Heart of Gold, Arthur meets the double-headed galactic leader Zaphod Beeblebrox, an Earthling named Trillian McMillan (Zooey Deschanel), and a melancholy robot named Marvin the Paranoid Android (Warwick Davis). In the middle of his new world’s obscurity, Arthur looks for the purpose of his existence.

Björk, Eminem, and Oprah Winfrey are some of the more unusual non-actors. These films are fantastic showcases for these unusual stars. Prior to hosting his talk show, Jimmy Fallon participated in the romantic comedy-drama Fever Pitch. “A Hard Day’s Night” is a semi-documentary film depicting a day in the lives of The Beatles. In “Life-Size,” Casey unintentionally revives her doll, Eve, after her mother’s death. “Precious” is about a 16-year-old who is overweight and illiterate and carrying her second child. In 2005’s The Hitchhiker’s Guide to the Galaxy, Martin Freeman plays an extraterrestrial. Winfrey was nominated for an Oscar and a Golden Globe for her performance as Sofia. 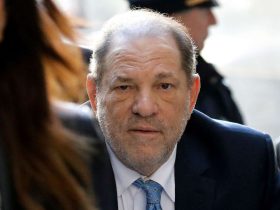