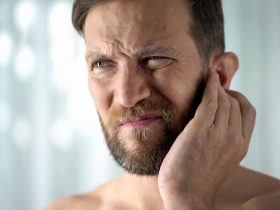 The more itchy the ear is, the more trouble it brings.

According to CNN, it has also been agreed that after the divorce, Kayne will pay Kim $200,000 a month for child support. This Hollywood couple will also provide joint custody of their children. This couple has two sons and two daughters.

Kim and Kanye announced their divorce in March this year after disagreements in their relationship. At this time, Kim was also declared legally unmarried.

The couple, who got married in 2014, filed for divorce in February 2021. After the divorce, Kanye exhibited inappropriate behavior online and offline.

At that time, he publicly mentioned that he wanted to live with Kim and that he wanted his family back. He also verbally attacked Kim’s ex-boyfriend Pete Davidson. Kim and Pitt split in August.

Speaking of work, Kim was last seen in Hulu’s TV series ‘The Kardashians’. Kanye has recently been controversial with his statements and has already announced that he will contest the 2024 presidential election.