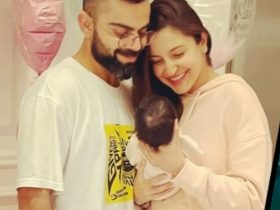 Bollywood hero Akshay Kumar has flown to UK. He flew to London today to shoot the movie ‘Bell Bottom’. He is accompanied by actress Twinkle Khanna and her two children who also flew to London.

Akshay and his team have arrived in London to shoot a film at a time when corona virus infections are on the rise in India. They flew to London on a charter flight.

Actress Lara Dutt, producer Jackie Bhagwani, Huma Qureshi, director Ranjit M Tiwari and others have flown to London with Akshay to shoot the film. Other producers have not been able to start filming during the Corona virus infection.

Akshay, on the other hand, has started filming saying that he should not live in fear forever. The thriller film will be shot on the set of 1980. Along with Akshay, actors like Bani Kapoor, Huma Qureshi and Lara Dutt will play the lead roles in the film.