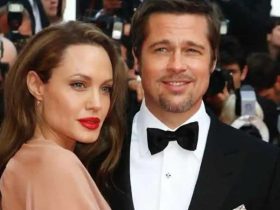 The Ambani family is one of the richest families in Asia. The business started by Dhirubhai Ambani has made him prosperous and Mukesh Ambani and Anil Ambani, who have continued his business, are equally prosperous.

Dhirubhai’s two sons, Mukesh and Anil Ambani, are known for their business and wealth, as well as their relationships, family status and various other reasons. Meanwhile, various gossips are heard about his wife from time to time. After marriage, Mukesh Ambani’s wife Nita Ambani is very popular while Anil Ambani’s wife Tina Ambani is anonymous.

Tina, who has acted in more than 35 films in Bollywood, broke up with the world of glamor after her marriage.

Born into a Gujarati Jain family, Tina grew up in Mumbai. Early in life, she loved to live a glamorous life. In 1975, she represented India in the International Teen Princess Contest and won the Miss Photogenic and Miss Bikini awards. Influenced by her bikini act, Dev Anand made her debut in the film ‘Desh Pradesh’. Impressed by her fashion and beauty, Anil Ambani decided to marry her. Soon after her marriage, she left the film world.

Now she is seen only in kurta-salwar and sari. Tina, who is seen occasionally in gowns and short dresses, likes to do her own make-up and dress-up.

Mukesh Ambani’s wife Nita Ambani is also frequently mentioned. Although Mukesh belongs to a rich family, Nita comes from a normal family. Now she is popular on social media because of her expensive sari. Nita, who once earned Rs 800, now plays with crores of rupees. Mukesh and Nita’s love story is as interesting as their lives. Although Mukesh Ambani belongs to the richest family in India, Nita, who comes from a normal family, had made a big bet before marrying him. Nita was chosen for Mukesh by her father Dhirubhai himself.

After becoming the daughter-in-law of a family as big as Mukesh’s, Nita had made it a condition for her to lead a normal life even after marriage and to continue her job.