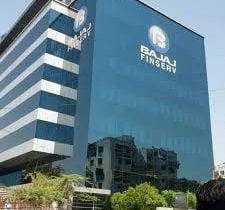 Argentina VS Netherlands, After goalkeeper Emiliano Martinez stopped two penalties, Argentina defeated the Netherlands 4-3 in the penalty shootout and entered the semi-finals of the 2022 FIFA World Cup in Qatar.

Martins became the hero in a dramatic and tense second quarter-final at the iconic Lucelle Stadium as Argentina reached the semi-finals of the World Cup after eight years. After the scheduled 90 minutes and 30 minutes of added time, the match ended in a 2-2 tie, and the match went to a penalty shootout.

In the 35th minute of the game, Molina scored and gave Argentina the lead. Molina scored the goal with the excellent pass provided by captain Lionel Messi. This is Molina’s first goal for Argentina; he made his debut with the national team last year.

Likewise, Messi surpassed Pele for the most assists in the knockout stages of the World Cup with five assists.

Argentina took the lead in the first half and added a goal in the second half. This time, Messi scored a penalty.

Denzel Dumfries of the Netherlands fouled Marcos Acuna, and Messi doubled the lead by scoring a penalty in the 63rd minute.

This is Messi’s fourth goal in the ongoing World Cup. He is one goal behind France’s Kylian Mbappe as the top scorer. Mbappe has scored five goals in four matches.

The Netherlands, who were behind by two goals, made an excellent comeback and equalized the match. Vout Weghost, who entered the field as an alternate player, scored a goal in the 83rd minute and tried to bring the Dutch team back into the game.

After 90 minutes of play, 10 minutes of injury time were added. In the last minute, the Netherlands got a free kick outside the box. The game went to extra time after Weghost scored his second personal goal on a great pass from Tom Kupminers. 30 minutes of extra time were added after the match was tied 2-2 at the scheduled time. But as neither team could score a goal, the game went to a penalty shootout. In the last minute of added time, Argentina’s Enzo Fernandez hit the post.

Argentina will now play Croatia in the first semi-final next Tuesday. Croatia defeated title contenders Brazil 4-2 in the penalty shootout in the first quarter-final and made it to the semi-finals. Among the remaining teams in the ongoing World Cup, Argentina is the only South American team. Messi is sure to equal the record of Germany’s Lothar Mathews who played the most 25 matches in the World Cup by playing the semi-finals. If he reaches the final, Messi will become the most played player in the World Cup.