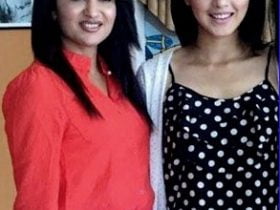 Hero Bhuvan KC has registered a case against heroine Rajyalakshmi Shah on Thursday. Hero KC has filed a defamation suit against the samragyee in the District Court, Kathmandu.

There has been a war of words between hero KC and heroine Shah on social media for some time now. Bhuvan has filed a case alleging that the samragyee used some words to tarnish her own image.

It is understood that the protagonist KC has also included the controversy over the movie ‘Dreams’ and the allegation of mistreatment by the samragyee when he arrived in Japan in his complaint.

Hero KC did not want to say anything about it. He said that now that the matter has entered the court, everything will be decided by the court.