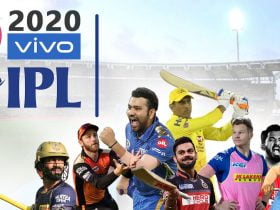 Bollywood actress Bipasha Basu has become a mother. The actress gave birth to Little Princess on November 12. Karan Singh Grover and Bipasha were waiting for this moment for a long time. Both were very excited about their baby, finally after 6 years of marriage, the couple’s wait was over. However, till now no official confirmation of Bipasha or Karan has been revealed.

Even before the birth of the baby, Bipasha had disclosed in an interview to Bombay Times that she wanted a baby girl to be born in her house. In a conversation with the media, Bipasha said- ‘Whenever it comes to the child, she and Karan always want a daughter to be born at home. Not only this, we call our baby She only.

Bipasha Basu had shared information about her pregnancy with fans in August this year. Since then, Bipasha has shared many photos of her pregnancy days on social media. Bipasha has done many maternity shoots, as well as the couple has also shared many videos during the pregnancy phase, which have been liked by the users. Let me tell you, the news of Bipasha and Karan’s pregnancy was dominating the social media for a long time. However, the couple never reacted to this.

Bipasha and Karan were married on 30 April 2016. Karan and Bipasha met on the sets of ‘Alone’. After dating each other for some time, Karan and Vipasha finally decided to get married. Please tell that Bipasha Karan has 3 wives, before that Karan had married TV actresses Jennifer Winget and Shraddha Nigam, but both the marriages could only last for some time.