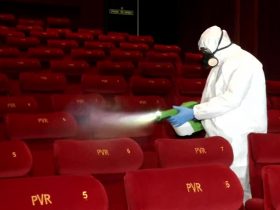 Director and actor Deepashree Niraula has apologized to the fans of hero Rajesh Hamal. She also told Rajesh Hamal that she is not a superstar. In a television interview, he asked, “Is Rajesh Hamal a superhero?”

After people like Rajesh Hamal criticized Deepa, Deepa wrote in a status on social media:

Saying that everyone can complain, Deepa has mentioned that a person in a high position has a lot of hope. Deepa has even said that Rajesh Hamal is not a superstar. She also clarified that she struggled with the situation of not being able to eat bread in Kathmandu. He said that Rajesh Hamal has always been a superstar and he has never been in favor of making Hamal a god.

Deepa also said that since she is a female artist, she has taken the unheard of abuse from some people as normal.