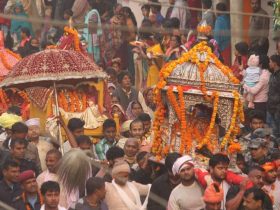 Vivah Panchami festival is being celebrated all over the country.

Once Gautama Buddha went to a village to preach. Thousands of people were present to listen to his sermon. A poor but hardworking farmer of the village was also present in that meeting. He had a great desire to listen to the Buddha’s teachings, but unfortunately, he got the news that one of his oxen was missing. He was worried. He was worried about how his work would be done if a bull was not found.

His entire life depended on that bull. He was in a dilemma whether to search for the lost ox or listen to the teachings of the Buddha. At last, he decided to look for the bull and left there. After tireless efforts, the farmer found the lost bull at night. The tired and hungry farmer went straight to the sermon place. He saluted the Buddha.

After seeing the farmer’s tired face, Buddha asked the monks to feed him. After he had eaten, the Buddha began to preach. The farmer was listening to Buddha’s words with concentration. But the disciples specifically said that the Buddha stopped the sermon for one farmer.

Then the Buddha said in a calm voice, Bhikshugan that farmer had a great desire to listen to my sermon, but one of his oxen was lost. His works could be affected by this. Forced, he went to look for the bull.

If I preached to him who came to listen to my sermon after searching for a hungry ox all day long, he would not have been able to accept it. There is no bigger problem and disease in the world than hunger. Other diseases are cured once by a doctor or treatment, but there is no other way to cure the hunger of the stomach, a hungry person cannot gain any knowledge. 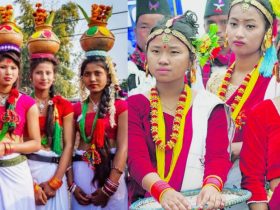 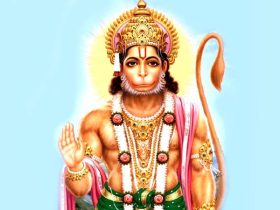 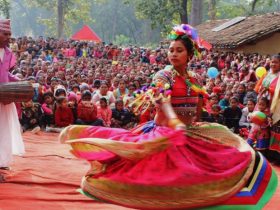