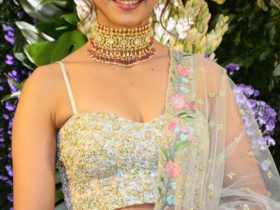 Rakul reached the court after her name was added in the drug case.

Hollywood actress Amber Heard is now known for her cold relationship with her ex-husband Johnny Depp. The world may be divided over her personality, but according to science, she is also the most beautiful woman in the world.

Amber became the headline of the world media last month after losing to her ex-husband Dip in a domestic violence case. But this time a different topic has brought him into the spotlight.

A special mapping formula describes actress Herd’s face as ‘perfect’. Special techniques were used to study the features of her face, and it was concluded that her face was ‘perfect’.

Such a conclusion was reached after studying the shape of his eyes, lips, and face. The study is based on the Greek theory of beauty ratio called beauty fi, which found that the herd’s ratio was 1.618.

Earlier, in 2016, Herd’s picture was tested and Harley Streak’s doctor Julian de Silva stated that his golden ratio was 91.85 percent.

Talking to a journal, Dr. De Silva said she decided to test the system on some of the most beautiful women in the world after new computer mapping technology was installed and algorithms were created for key marker points on the face.

‘The Greeks discovered that this proportion occurs everywhere in nature and for thousands of years it has been thought to be the secret formula of the most beautiful faces in the world,’ he was quoted in US Weekly.