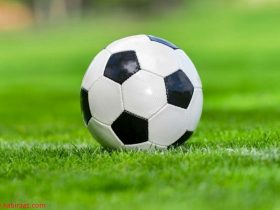 How the football come in world?

Kathmandu. Director Pradeep Bhattarai and media are synonymous with each other. One is incomplete without the other. Pradeep made a career as a film director in the media industry.

Mahjodi and Pradeep’s latest collaboration film ‘Mahapurush’ is currently running in theaters. Not only the positive response, the film is also printing money at the box office. From Harivansh to director Bhattarai, they are busy with the post-release promotions of the film. Pradeep and Mahjodi have a close relationship from the beginning, which they revealed to the media during the Mahapurush campaign.

Director Bhattarai has confirmed that he is going to build a house in Kathmandu and will keep a photo of the couple with God in the worship hall there.

He says, “I don’t have a house in my name.” I will make it soon. That house has a pooja and there is a photo of the couple along with God. My brothers are in that place for me.

He says before, ‘Really, they have done so much for me. No one else has done it. They have also done the work of teaching and giving karma.

Actor Harivansh, who was standing next to Pradeep, was also emotional. He has given us that credit. That is his greatness. Whether we are worthy to put photos in the shrine or not, we have spent our lives in it. Pradeep Bhattarai is a constellation for Nepali cinema.

In that conversation, Harivansh indicated that he is going to collaborate with Pradeep in another new film. Harivansh has now reached America for the film, while Pradeep Mofusal is on tour.