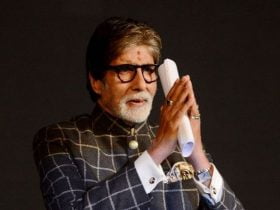 Every year new talent is making its place on the film screen. They also have many star kids, whose names are discussed even before their careers begin. Many star kids have been launched in the 100 year history of Hindi cinema but only a few of them have managed to make their mark in the film industry.

Suhana’s journey will begin with ‘The Archie’

Superstar Shah Rukh Khan’s daughter Suhana Khan, who is starting her acting career with the film ‘The Archie’, is number one in this list. 22-year-old Suhana Khan has studied in New York and has participated in many theater dramas there.

He has millions of followers on social media even before its release and now he is ready to step into Hindi cinema.

Sridevi’s elder daughter Janhvi Kapoor has made her place in Hindi cinema. Now his 22-year-old younger sister Khushi Kapoor is ready for the launch.

Apart from Suhana Khan, Sridevi’s younger daughter Khushi Kapoor is also making her acting debut in the film ‘The Archie’.

After the successful start of Janhvi’s career, the pressure will be on Khushi. However, after Janhvi, Khushi is waiting to be seen on the silver screen. Like Suhana, Khushi is also a social media star.

For a long time, Shweta Bachchan’s daughter Navya Naveli Nanda was expected to try herself but for now she has stayed away from the silver screen. However, by launching a podcast series in 2022, Navya established a rapport with listeners along with her mother and grandmother Jaya Bachchan.

‘The Archie’ will come to OTT

The film will be released on OTT instead of ‘The Archit Theatre’. Its teaser was released in 2022.

After watching the teaser, these star kids were trolled a lot on social media and after that there was a nepotism debate again.

So there will be a lot of pressure on these star kids to prove themselves.

Salman Khan’s Bhanji, which has given many actors an opportunity in the film industry, is also preparing to release in 2023.

The work of this film has been completed but the release date has not been announced.