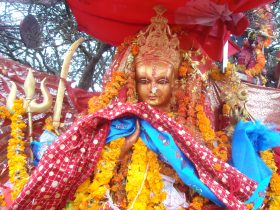 Google has published a new list of the most searched artists in 2022 on its search engine. On the top of this list is Hollywood actor Johnny Depp. He gained notoriety this year due to his divorce from his ex-wife Amber Heard and a domestic violence court case. The media and his fans followed this court hearing a lot.

Another Hollywood actor Will Smith became the second most searched actor in 2022. Actor Smith came into the limelight after he slapped host Chris Rock at the Oscars ceremony held on March 27.

Hollywood actress Amber Heard was in third place on the list. The divorce court case with her ex-husband and actor Johnny Depp also brought her into the limelight. It is natural that these three artists are on the most wanted list.