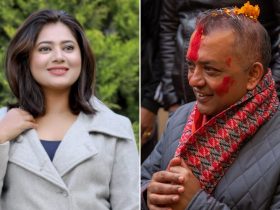 Asking for Gagan’s vote, Keki said – Let him emerge as a successful politician.

It is said that the health of Brazilian football legend Pele is gradually improving. Pele was admitted to Israelita Albert Einstein Hospital a week ago after having health problems again. He was transferred to the palliative end-of-life care ward during the treatment as he did not show any response to the chemotherapy for the treatment of cancer.

Israelita Albert Einstein Hospital has informed through a statement that the health of Pele, who has been moved to the palliative end-of-life care ward, is gradually improving. Pele’s health is improving dramatically. His condition is stable and no further complications have been added,” the hospital said in a statement.

Palliative end-of-life care is not a cure but only a treatment that helps reduce the immediate problem to some extent. Palliative treatment is seen as a method of treating the patient with very minimal treatment.

He was treated for a tumor last year and since then he has been admitted to the hospital from time to time. Pele led Brazil to the World Cup in 1985, 1962, and 1970. Only last week, Pele wished victory to the Brazilian team participating in the FIFA World Cup in Qatar. After defeating South Korea 4-1, Brazil entered the quarter-finals and will now play against Troia to reach the semi-finals.