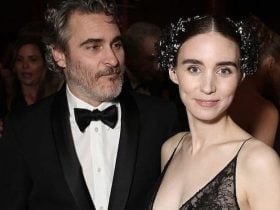 Actors Joaquin Phoenix and Rooney Mara teaming up for a Documentary 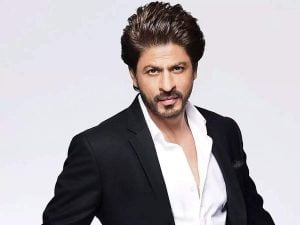 Nickname of Shahrukh Khan is SRK. He was born on 2november 1965(Delhi). Now according to 2021 his age is 54 yrs. He had study in the school name St. Columbia school Delhi and then joined Hansraj college Bachelors in commerce. He had also completed his masters in Film making from the Delhi Lamia Millia Isalamia University. He had said that he had huge interest in education and he was good also in his study. When he was just 16 his father passed away and all the responsibility of the house was depend on him. At that time their financial condition was very weak and even they don’t had money to pay house rent. SRK from his profession  is Actor and Producer.

He had started his first career from the television show called Dil Dariya(1988). The second show he had worked was Fauji, then he had worked many tv shows. Due to his perfect acting he had done his first bollywood movie “Dil Ashna Hai” . And then the movie name Deewana(1992) which was superhit movie in box office at that time and attract all the attention on SRK which leads the turning post of the legend actor Shahrukh Khan. From the movie name Deewana he had received the first male debut award. In 1992 movie name ” chamatkar & Raju Gentlemen” which also hitted the box office at that time. And then he palyed ‘Baazigar’, ‘Darr’. At that time he its only been 2yrs that he got in the film industry but he became the role model. The movie name “karan Arjun” was the movie which earn lot of the money in Bollywood at that time. Then SRK became the one of the highest paid actor’s. In 1998 SRK blockbuster movie ‘Kabhi Khusi Kabhi GUM’ by this movie he had also received film fair award and at that time this movie earn worldwide 300 crores. he had won 14 Filmfare Awards. 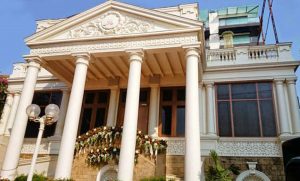 SRK has 1 daughter 2 sons whose are Suhana khan, Aryan and Abram Alli  Khan. His beautiful wife name is Gauri Khan. About talking his income he charge 60 crores for playing one movie. And his income comes from Brand Endorsement which is 20 crores. About talking his Net worth which is 5000 crores. He stay the house name ‘Mannat’ which cost is 200 crores. His cars collection are BMW 730 LI- 2 crores, BMW 650 LI- 70 lakh, Bentley-1.7 crores, BMW i8: 3 crores, Rolls Royace- 6 crores, Buggati Veyron: 13 crores. He also own the private jet, ship, and more on . He is also known as KING KHAN.