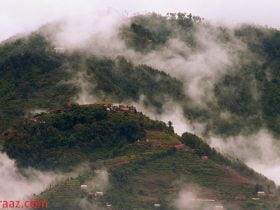 Phulchowki is stunning area you ought to go to it

Kathmandu. The second edition of the International Drama Festival is starting from November 9th. Before that, the artists held a discussion about theater at the Mandala Theater. With a week left for the festival, the veteran artists have been talking about their experience, art style, struggle and the context of the time under the title ‘Ma Ta Laliguraans  vayexu’.

Actors of three generations of domestic theater shared their experiences. Actress Sarita Giri conducted the session along with Pushkar Gurung and Vijay Abdrab. Contemporary theater workers of the third generation were the audience and listeners of this session. Pushkar Gurung, famous actor of the film ‘Kabaddi’ and founder of Double Theater, said that his activism in the present theater is being done for generational transfer.

He said, “I am preparing a new generation to advance the theater work and organization that I am leading.”

Playwright, director, actor Vijay Abdrab said that the evaluation of a colorist will be based on his work. “The country still doesn’t recognize artists, we should emphasize on policy along with theater style,” he said. The explosion expressed concern that Nepali theater is becoming ‘cosmetic’.

Actor Birendra Hamal, the founder of MRT Theater, shared the feeling that he once tried to fill something on the stage even though he was tired.

“It is a great feeling to be able to share the experience of Nepali theater like this in front of the artists that I gave birth to,” he said. He is of the opinion that the style and history of theater should be passed down through the generations.

It is said that the festival, which will be held from November 9 to 17, will include training, seminars, workshops, interactions and art performances with 22 plays from different countries.