The producers were not found to make Sunny’s ‘Ghyal’

Archana Khadka, spokesperson of the corporation, informed that preparations are being made to operate four weekly flights between Bhairahawa and New Delhi. According to him, the flight schedule for flying on Monday, Wednesday, Friday and Saturday has been submitted to the authority for approval.

Director General of Nepal Civil Aviation Authority Pradeep Adhikari informed that Nepal Airlines has been given permission to fly to Delhi from Bhairahawa. Nepal Airlines had submitted documents for Kathmandu-Delhi Bhairahawa flight permission, the authority has sent it to Kathmandu Airport for the flight schedule. Permission has been given because we are flying from Bhairahawa, he said.

Earlier, Nepal Airlines was operating two daily flights between Kathmandu and New Delhi. After the Authority made mandatory arrangements for airline companies that operate more than three daily flights from Tribhuvan International Airport to also fly from Bhairahawa, Delhi Nepal Airlines of the corporation was reduced to 10 flights a week. Because of this, Himalaya Airlines started chartered flights from Gautam Buddha Airport from 17th November. 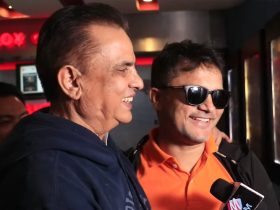