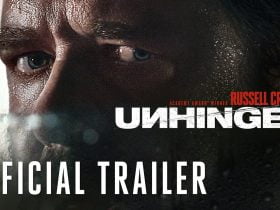 Kathmandu – There is still a large crowd of people going there to watch the ongoing World Cup in Qatar. Traveling to Qatar is definitely not going to be easy for anyone. Life in Qatar is considered very difficult due to human rights violations and harsh Islamic laws. There is also a ban on medical treatment.

Marijuana and other cannabis products are completely prohibited there. However, the surprising thing is that even the medicine recommended by the doctor cannot be used in Qatar. Anxiety and strong painkillers are prohibited there. For this reason, before any person visits Qatar, it is important to check the list of prohibited drugs there.

There are many other prohibited subjects in Qatar. If someone goes there, it is necessary to pay attention to all these things. The most important thing to pay attention to is the alcoholics. 12 years ago, when Qatar announced the World Cup, alcohol consumption was banned.

Despite this, Qatar, which had the opportunity to host the event, said that it would allow drinking in the designated area of ​​the stadium. The UK issued a notice and warned its citizens that any citizen who visited Qatar could go to jail for 6 months if they were drunk.

In September, Qatar announced that beer can be purchased and consumed at designated locations up to three hours before the start of the World Cup and one hour after the match. According to the notice issued by Qatar at that time, sales and distribution were closed during the match. Qatar, reversing its self-imposed announcement, banned the sale of alcohol two days before the start of the World Cup.

Before the Qatari government changed its policy, the world football federation FIFA also said that alcohol can be purchased at 200 locations in 10 fan zones, and 100,000 people can consume it at one time. Recently, in European countries including Spain, Portugal and Scotland, it is not allowed to buy and consume alcohol at any time. Because of this, many countries were positive about Qatar’s initial proposal. There are some packages in the name of Man Hospitality. However, that package is very expensive.

Qatar World Cup ambassador and former footballer Khalid Salman has responded that being gay is a mental illness.

Sex outside your room is forbidden in Qatar. In that case, the possibility of imprisonment remains strong. Even sex between two men in Qatar can land anyone in jail for up to three years.

According to a report published by Human Riot Watch last month, the Qatari government is planning to arrest many LGBTQ people and send them to prison. Qatar has been saying that they are a different and different kind of country.

“Everyone is welcome in Qatar,” Qatar’s statement said.

Although FIFA has said that it has tried to ensure that no one is discriminated against and human rights are not violated, it is not according to that. Supreme Committee for Delivery and Legacy was formed in 2011.

It brought forward the idea of ​​discriminating from the time of construction of physical structure. After Qatar decided to host the World Cup in 2010, FIFA expressed confidence that there will be no anti-human rights activities in Qatar, stating that there have been many sports festivals.

Qatar World Cup ambassador and former footballer Khalid Salman has responded that being gay is a mental illness. Even in winter months in Qatar, the temperature is more than 30 degrees Celsius. Despite this, the government has set certain standards.

Both men and women should cover their knees and arms. Whether it is a woman or a man, it is very important to dress accordingly when going to government offices and other public places.

The effect of all these distortions and disharmony of the Qatari society is now seen in the World Cup. Anyone from around the world who has come to Doha to experience the excitement of the World Cup is likely to be jailed for ordinary reasons.

According to Freedom House, an independent watchdog run with the support of the US government, questions are now being raised about freedom in the world.

Qatar scored 25 out of 100 in the survey of political life. Among the participants in the World Cup, Saudi Arabia had the lowest score of 7 and Iran had 14. America has been overtaken by other countries as the country with the most human rights and freedom. Canada scored the highest 98 and Uruguay and Denmark scored 97. Similarly, America scored 83.

Several embassies in Qatar have stated that there is no guarantee of legal freedom there. In Qatar, anyone can be tortured in the name of Islam, Christianity and Judaism. Believing in any religion other than Eelam and doing something in public can also lead to imprisonment.

The effect of all these distortions and disharmony of the Qatari society is now seen in the World Cup. Anyone from around the world who has come to Doha to experience the excitement of the World Cup is likely to be jailed for ordinary reasons.

After 2010, many sports festivals were organized by Qatar. Only a few years ago, new technology was used in oil processing. After using the same technology, Qatar took a step forward, leaving behind many powerful countries in the world.

The Rugby World Cup and the Athletics World Championship will definitely not be the same in a decade. Qatar is not satisfied with that. The Olympic Games after the World Cup was organized by the government there