Problems with the Twitter app, millions of users’s number leaked

March 14, Kathmandu. In Pashupatinath, donations can now be made through the QR code system. Donations can be made through the QR code placed in front of the Pashupatinath temple, shoe, and slipper room, in front of the bathhouse, and in the main temple premises. For this, devices have been kept in those places. The code kept there can be donated to the account of Pashupati Area Development Fund in the bank from the online payment system using mobile. 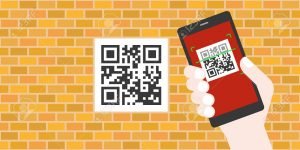 An agreement has also been reached today in collaboration with the Fund and Bank of Kathmandu Limited to set up a system for online donation through QR code at four places in the Pashupatinath temple area. Maha Prasad Adhikari, Governor of Nepal Rastra Bank, while inaugurating the QR Code system, said that this system should be developed across the country. He stressed the need to raise awareness across the country. Member Secretary of the Fund Dr. Pradip Dhakal said that technology has freed them from the situation of not wanting to take back money in some cases as there is a system of giving money while buying goods. Chairman of Bank of Kathmandu Limited Prakash Shrestha informed that this service will be extended to other monasteries in the country as well.