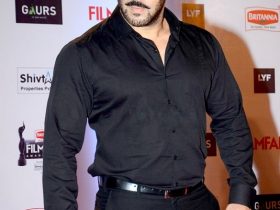 The number of users of the micro-blogging site Twitter has seen a historic increase. According to a report released by Twitter on Thursday, the number of daily active users has reached a record annual increase.

According to the latest report, the number of monetizable daily active users of Twitter has increased by 34 percent in the last one year and reached 186 million.

Monetizable Active Users is the number of active users who see ads on their wall.

Analysts had projected the number of daily active Twitter users to reach 176 million during the period.

The record increase in the number of active Twitter users is due to the collapse of the global corona virus epidemic, forcing people to stay indoors and excessive use of social media.

Despite a record increase in the number of users, Twitter’s revenue did not live up to expectations. Twitter’s revenue has been hit hard by the economic downturn caused by the corona virus epidemic and the downturn in the digital advertising business.

Along with the Corona virus epidemic, various popular brands have stopped advertising on social media in protest of racism.

In the last one year, Twitter’s total revenue has been 683 million dollars. Which is 19 percent less than the previous year’s annual income.