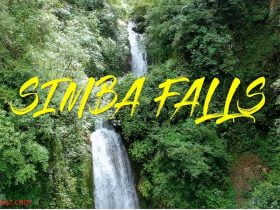 Simba Waterfall is beautiful place you should visit it

News is also coming out that Sushant has gone into depression after quitting seven films being made in various productions. Police have also started investigation into the matter.

Sonu says, “I would like to appeal to the music industry that Sushant Singh Rajput is dead today.” One hero is dead. Do you know that tomorrow you will hear the news of a singer committing suicide in the music industry? ‘

Sonu has said that there is a bigger mafia in the music field than in the movie. He has criticized the music sector for not giving opportunities to new talents even though everyone needs to do their business.

Sonu says – ‘Many new talents tell me that musicians, songwriters want to work with us. But music companies don’t like to work because they don’t have artists. ‘

He says he has come out of this tension – “But I have seen the eyes of new singers, singers, musicians, lyricists sad. They cry openly sometimes. ‘