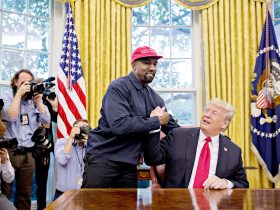 Kathmandu. In the 20th edition of the International Mountain Film Festival (KIMF), the film ‘Baghko Bangara’, which presents the story of a honey hunter, is going to be premiered.

The film directed by Kamal Kumar was shown to the media at a press conference held in Kathmandu on Wednesday. An interaction was also held after the screening of the film produced by Vidya Chapagai, the host of the television program ‘Herne Katha’.

The film presents the story of honey hunting done by the locals of North Jajarkot after a long journey by riding Akkar Bhir. This non-narrative film portrays the suffering and hard work of the Himalayan people for hunting honey.

“We have made this film in order to prepare a story program to watch,” said the producer Chapagain, “We are ready and excited to show the film to the audience through Kimf.”

Director Kumar, who has gained experience in television and radio, narrated his experience during filming. It was really shot with great difficulty. Even when I remember that moment, I get goosebumps,” he said. “I don’t want to go there again and shoot a film.”

The premiere of ‘Baghko Bangara’ will be held on the first day of the festival, which will be held from November 22 to 26. The finale of the festival will be the film ‘Fly from Everest’, which tells the story of Australian paragliders paragliding from Mount Everest to raise aid against polio.

On the first day, on Thursday, there will be a special screening of the film ‘Mattoki Cycle’ directed by Indian director M Ghani. Starring Bollywood actor Prakash Jha, the film tells the story of the ups and downs of a farmer’s life with a bicycle. The audience will be able to watch this film which has been released on OTT platform on Kimf.

This year, more than 60 films from 30 countries will be screened at Kimf. This time, two dozen international filmmakers will participate in the festival held at the National Auditorium and the Tourism Board.

The festival that is going to be held physically this time was held in a hybrid style two years ago due to the covid epidemic.

The main slogan of this edition is sustainable climbing. The festival director Ramita Limbu said that this slogan is aimed at the challenges brought by climate change and environmental crisis in mountain climbing.

Apart from the film screening, there will also be a group discussion among filmmakers on topics such as the future of Nepali films, the younger generation in films and children in films.

Apart from the festival, the general assembly of the Alliance of Mountain Film Festivals (IAMF) of different countries will also be held in Kathmandu this time. Kimf has informed that 28 member countries of the organization will participate in the meeting.KIMF is organized by Himal Association, while Kathmandu Metropolitan City is the co-organizer.