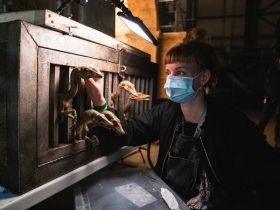 ‘We Are the Guinea Pigs’: Hollywood Re-initiates Its Blockbuster Machine

June 7, Kathmandu. Nepali actress Manisha Koirala, who has worked in Bollywood for a long time, is now being targeted by the Indian media. One of Manisha’s tweets about the government of Nepal passing a new map expressed her indignation.

Foreign Minister Pradip Gyawali’s tweet about the passage of the new map of Nepal was re-tweeted by Manisha. “Thank you for being able to maintain the self-esteem of our small country,” she wrote. We are now hopeful for a peaceful and dignified dialogue between the three great nations. ”

This tweet of Manisha has become unbearable to the Indian media. ABP Television has broadcast the news saying ‘Khati Bharatki Or Gati Chinaki’. It is claimed in the news that Manisha Koirala tweeted this at the behest of China.

“All the names that Manisha has earned are given by India. But today she has openly come out in support of Nepal. The government has praised the controversial map issued by the government, ‘the television said.

The news also objected to the remarks made by Prime Minister KP Sharma Oli that the virus coming from India was strong in Nepal.

Actress Koirala has also been targeted by Indian citizens on Twitter.