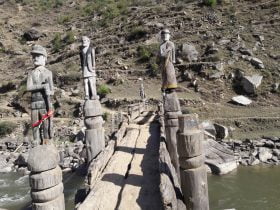 A little bit about Jumla.

Hariprasad Parajuli, the president of the forum, said that preparations for the 17th successful Pokhara International Marathon, which will be held on February 6, have started.

According to Parajuli, the winner of the Pokhara Marathon will get 5 lakhs in cash. The prize money has been increased to 1 lakh this year from 4 lakhs last year.