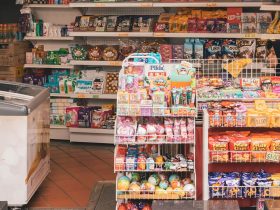 Starting a Retail Business? Keep These 10 Things in Mind!

National Yoga Day, which is celebrated only in Nepal, started after the decision of the Council of Ministers meeting on July 28, 2072. Since then, it has been celebrated by various programs every year.

On the occasion of this day, yoga philosophy, the history of National Yoga Day, and other aspects are discussed in this article.

It seems that the meaning of yoga is to connect. In fact, it is said that yoga is meant to separate the soul from the inanimate and unite it with the divine. As mentioned in Patanjali’s yoga philosophy, yoga is the effort, the sadhana, or practice, through which the mind and senses are subdued.

It is said that yoga is meant to stop the disorder in the mind. After conquering the body, senses, mind, intellect, and ego, the pure form of the soul can be found. And the means to achieve that are through yoga.

Yoga has been practiced for thousands of years. According to tradition, it is believed that Lord Shiva is the originator of yoga. According to the legend that the abode of Lord Shiva is in the Himalayan region, it can be assumed that the beginning of yoga also took place in the Himalayan region, i.e., the Mahabharata region. Based on this, it can be said that yoga came from Eastern philosophy.
Yoga philosophy is represented by Rishi Patanjali. Yoga philosophy is a very old branch of Indian philosophy that was systematized by the sage Patanjali.

In Nepal, formal and informal yoga classes are being conducted through various associations related to yoga, and yoga is also included in the national education curriculum.

As the pace of development in society increases, so does the need for yoga

There is no place in yoga philosophy for yagna, yajnadi, and pujapath for dharma karma. Only in this philosophy is there the inspiration to use physical and mental strength properly. As yoga practice is given importance in almost all religions and philosophies, yoga philosophy is more important.

In this philosophy, it is shown that spiritual, mental, emotional, and physical achievements can be achieved through asana, yogic action, pranayama, and other exercises.

When discussing yoga in Nepal, Mansagni means that Dr. Hariprasad Pokharel is the main topic of discussion.

Yoga has taken the form of a science from Shaiva philosophical thought and practice, and Mahadev, i.e., Shiva, is considered to be the exponent of this philosophy. Various philosophies have come from the main Shiv civilization, Buddhist civilization, and Janaka civilization in Nepal. Mansagni is an expert in yoga, Ayurveda, and naturopathy who has developed himself as a seeker based on this philosophy and will continue to connect with naturopathy in Nepal in this field.

Mansagni was named after Sadhana, the father of Nepalese natural medicine and the pioneer of yoga and Ayurveda. On the occasion of National Yoga Day, discussing Hariprasad Pokharel and National Yoga Day is relevant.

It was Vibhushit Mansagni who, out of respect for Rashtra Yogi, who was a celibate, declared that World Yoga Day should be celebrated by declaring Yoga Samvat on the day of Makar Sankranti on January 1, 2036, and started a renaissance in the field of yoga in Nepal.

Mansagni has also been claiming that yoga started in Nepal, and there is a need for extensive research. Since mental purity is considered many times better than physical purity in yoga, Mansagni has continuously made an incomparable contribution by combining such multipurpose yoga with natural medicine and Ayurveda.

Since the year 2036 until now, Nepal has started celebrating the 1st of January as National Yoga Day as he is completing four decades of his continuous efforts, tireless work, and continuous journey.

In the same way, due to the tireless work and constant dedication, keeping in mind the importance of yoga from classes 9 to 12, graduation, and post-graduate levels, yoga science has been formally included in the curriculum and studies and research have started. Thus, it can be said that National Yoga Day and Mansagni are complementary to each other in Nepal.

In the context of yoga itself, Surya Namaskar Asana, a single practice of full yoga and exercise, is specially discussed.

Surya Namaskar, or salutation to the sun in Sanskrit, is a very important and complete yoga practice.

In this practice, which falls under Hatha Yoga, prostration to the sun is performed through 12 asanas, and physical benefits are obtained. Doing it at a fast speed has a very good effect on the heart and circulatory system, while doing it at a slow speed gives a feeling of relaxation and various effects on the body. 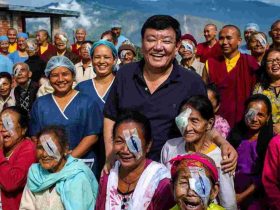