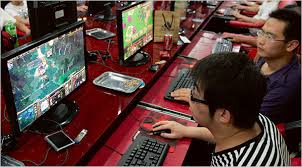 Governmen Should Have To tell kids, what to play online?As Like” PUBG” But Not Exactly It.

Researching a smartphone on the internet about its specifications and price range before purchasing one is the smart way to go. But while scrolling through internet reviews, it can be sometimes disheartening for Nepali buyers when they see some smartphones brutally overpriced in Nepal in comparison to internationally. The price difference is so huge at times that many people find it easier to ask their friends studying or working abroad to bring back the device during their trips home or simply purchase one from the grey markets. The exorbitant pricing can be unfair and here are some of the reasons why this is so.

The e-commerce sector is booming business around the world. In many countries, smartphone brands such as Honor, Nubia and Realme are online exclusive. Due to this, e-commerce platforms act as a bridge between smartphone brands and customers, as smartphone companies only have to pay incentives to websites that are involved in the sales. This leads to the devices being relatively cheaper.

The online market in Nepal is also flourishing and customers are increasingly being pulled into the e-commerce ecosystem. But despite the presence of e-commerce websites like Daraz, SastoDeal and SmartDoko, the concept of online shopping in Nepal is more or less in a sapling phase. But even in Nepal, the Xiaomi Pocophone F1, which was sold exclusively through Daraz a while back, was priced as close to its international pricing, which was quite unusual considering the pricing strategy of Xiaomi devices in Nepal. The ‘sale’ price through the e-commerce platform resulted in the Pocophone F1 getting sold out in less than two months.

But when a product goes on sale via an offline channel, there is a completely different story. A number of distributors and mediators come into play between the smartphone companies and customers. A distributor takes the responsibility of selling certain products of a brand in a country, which is known as the National Distributor (ND). In order to make sales, the ND has to propagate the products to different parts of the country, appointing regional distributors. In order to make sales, the regional distributors then supply the products to various retail outlets. As evident by the elaborate supply chain, there are different bodies involved in making sales of a product. All these parties take a certain percentage while making the sales. There are additional expenses involved, including decentralised offline marketing costs such as banners, pamphlets, hoarding boards and transportation costs further spiking the price of the smartphones.

Prior to the budget allocation for the fiscal year 2075/76, smartphone retailers had to pay 13 percent tax, out of which 40 percent would get refunded to retailers at the end of the fiscal year, making a net 7.8 percent tax. But according to the new policy, the 40 percent rebate isn’t available anymore. And on top of the 13 percent tax, another 5 percent excise duty has been added, making it a total of 18.65 percent on taxes. Such a steep increase in taxes, from 7.8 percent to 18.65 percent, has forced retailers to mark the prices higher for their smartphones too.

Quantity of products being sold

The theory of economies of scale states that the larger the quantity, the lower the price. And when it comes to sales, the quantities of products sold in India, China, the US or other countries are much higher when compared to Nepal. The shipments and sales of the smartphones in those aforementioned countries take place in millions while in Nepal, it’s just in the mere thousands, directly affecting the per unit cost of a smartphone.

The presence of in-house manufacturing plants in the country has a huge role in determining the pricing of a product. Most smartphone brands that are available in the Nepali market in recent days have been Chinese, which have their in-house plants in their native country. Even in India, a number of brands, including Samsung and Xiaomi, have in-house manufacturing plants. India has also been aggressively pushing policies that materialise and promote home production. Importing raw materials usually costs less and the Indian government has also been waiving off a certain percentage of taxes for such imports. Therefore, such devices naturally cost less when they hit the market. But sadly, there are no such manufacturing plants in Nepal.

Starting a smartphone business is a huge investment and businesspeople in Nepal are mostly focused on early returns. Such business outlets do not hesitate to mark the price of the device higher to gain huge profit margins. Similarly, some national distributors are also found launching old products that already have received a price drop a number of times in the international market as new. These type of irregularities have all been affecting smartphone prices in Nepal.