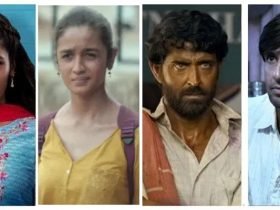 Relationship changes after marriage, A survey of newlyweds revealed a number of interesting and surprising facts. It says that many interesting things have come out of this research, which shows the extent to which the newlyweds need each other’s love. Men have more desire for affection from their spouses than women. After marriage, the wife wants her husband to give up all premarital misconduct, not to be dissatisfied with anything, and to listen carefully and compliment her.

The husband also wants to love his wife more than he does. He also wants his wife to look more attractive than others. Any husband wants to make his wife smarter than other women. A wife who looks tired, emaciated, and tormented does not dream of a husband, so every husband always wants to see his spouse refreshed and fit. Immediately after marriage, they want to change many things. Since such changes are difficult to make possible, they are both saddened. Eventually, they even begin to feel intimidated by each other’s intimacy.

Husband and wife want each other to change after marriage, but what is surprising is that some couples are heard to say, “You weren’t like that before, your behavior has changed a lot since marriage.”

The secret is that when a couple gets married, they learn a lot about each other, something they didn’t know before they got married. Spouses become disillusioned with sleeping late, bathing late, moving to work later, giving more importance to external relationships, keeping their room and belongings busy, and so on. Some even do things that they would never do in order to impress their potential spouse before marriage. As a result, when he returns to his original form after marriage, the spouse feels that he has changed after marriage.

The reality is that nothing changes after marriage. Neither husband nor wife’s thinking, behavior, or behavior. If there is any change in the middle, it is the root of the situation. Such a change happens suddenly in life, which naturally becomes a part of one’s nature along with the changed circumstances.

People who used to have only personal life used to live independently, are now transformed into a family after marriage, adding many new family responsibilities to the individual. Sometimes lack of time and proper management does not allow her to get along with her spouse, resulting in spouses complaining that they have been neglected.

If there is even a little bit of mutual harmony, the relationship between the newlyweds begins to fill up. There are some things that a newlywed couple can do to enjoy each other’s company for the rest of their life

– No one is omnipotent. Therefore, it is necessary to accept your spouse with his weaknesses. If you make a positive effort, you can gradually overcome your spouse’s shortcomings.

– If you want to see a positive change in your spouse, you can resort to love. Anger, resentment, and coercion are the elements that eradicate the relationship, while love is the nectar.

– You have to trust your spouse, show that you are sensitive towards him and always take care of him. Such feelings can be expressed by giving gifts on occasion. The love and respect expressed by one’s spouse are more important to one’s spouse than any inanimate object.

– Trying to do anything secretly or lying is an ax to grind in a relationship. Even if you have made a mistake, it is best, to be honest with your spouse and to be transparent in your relationship.

– It is normal to have a normal quarrel between the spouses. You should not give up trying to please your angry spouse.

– It is wrong to think that the goal of love has been achieved after marriage, it is just a rest. The only thing left to do is to complete the journey with your spouse, so the effort to share happiness with each other should not be combined for the rest of your life.

– There should not be unhealthy competition between spouses to prove themselves excellent. This is a relationship where competition is not pleasant but can be unpleasant. Therefore, the feelings of the spouse should be respected.

– You should close your eyes to the slightest mistake of your spouse. Shameless self-promotion for Ballistic Products and a great bargain on a neat little knife for you. We must never forget that marriage is a loving bond between two souls and that illusions and ego should not be allowed in this regard.

– You should not create controversy by making sesame seeds a mountain about the changes that have taken place after marriage. Trying to bring oneself up according to time and circumstances makes one’s life happy.