Being the second least populated district of Nepal, it is also the 5th largest district (3,573 sq. km).  why is this district the least populated despite being the 5th largest district? you asked, well it’s because of the climate condition (-2.7 °C in winter while the maximum monthly air temperature reaches 23.1 °C in summer) and the cultivation land (about 1.10% is cultivable land). 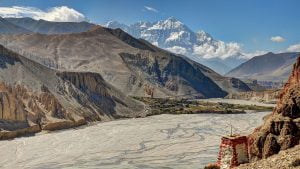 Now you asked why should you visit the district, well it’s because this district has a lot to offer in terms of natural beauty and cultural diversity. Talking about the natural beauty in the district, it is plain fertile land surrounded by the mountains and there’s also the Kali Gandaki river supply which coincides with the Tibetan border and Ganges-Brahmaputra watershed divide. The river then flows south via the historical nation of Mustang. It flows through a sheer-sided, deep canyon at once south of the Mustang.

Then about the languages, religion, and ethnicity, there’s a diversity of them as about 40.3% of the population in the district spoke Nepali, 21.7% Lhopa, 19.4% Gurung, 12.1% Thakali, 2.3% Magar, 1.0% Tamang, 0.6% Sherpa and 0.5% Rai as their first language. Similarly, as for religion, there are about 60.17% of Buddhists, 37.46% Hindus, and the remaining are Christian, Kiratis, Prakriti, Muslims, etc. moving on, as for the ethnicity there are Gurung, Thakali, Magar, etc. from whom we can learn about different cultures of these people living in Nepal. 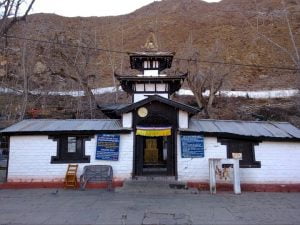 There’s also a famous temple in Muktinath Valley at the foot of the Thorong La mountain pass in Mustang, Nepal called Muktinath temple for both Hindus and Buddhists which is also one of the world’s highest temples (altitude 3,800 m). Since this district is famous for mountaineering, trekking, and other tourism activities you should pay a visit.